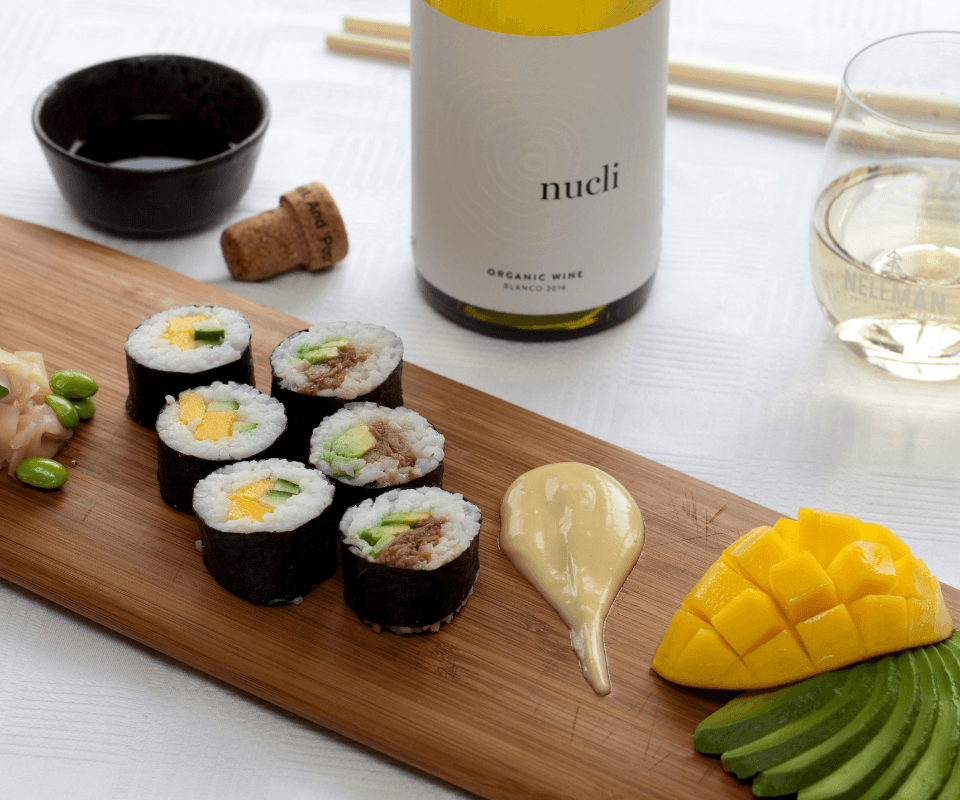 Method:
1. Rinse the sushi rice in cold water a couple of times, until the water runs fairly clear. Cook the rice according to the instructions on the packet in a heavy-bottomed pan or rice cooker and allow to cool on a flat dish. Mix the rice with the sushi vinegar. The amount depends on your taste.

2. Make the miso mayonnaise by stirring a tablespoon of miso in some water to dissolve it, mix with the mayonnaise and add lemon juice to taste.

3. Cook the Edamame beans for five minutes in boiling water.

4. Slice the cucumber, avocado and mango into strips. Slice the bottoms off the enoki mushrooms and briefly cook the mushrooms in a hot pan with a little sesame oil. Add a splash of soya sauce to taste.

5. Lay your sushi rolling mat out in front of you. Dip a sheet of nori in a bowl of water and place on the rolling mat. Add a layer of rice on the nori and place the filling (avocado, enoki or cucumber) in the middle. Use the sushi rolling mat to tightly roll up the sushi. Cut the roll into slices. Serve the sushi with the Edamame beans and the pickled ginger. Serve with the miso mayo and a small bowl of soya sauce into which you have loosely stirred a teaspoon of wasabi.

Food and wine paring
The flavour of sushi is usually determined not so much by the rolls of rice, but the garnishes: in this case the soya sauce, ginger and miso mayonnaise. Miso is fermented soya and this is a good match for the aroma of yeast in this Nucli Blanco. We can also detect notes of apple, dried fruit, honey and some citrus in the finish. It is deliciously refreshing with the sushi! 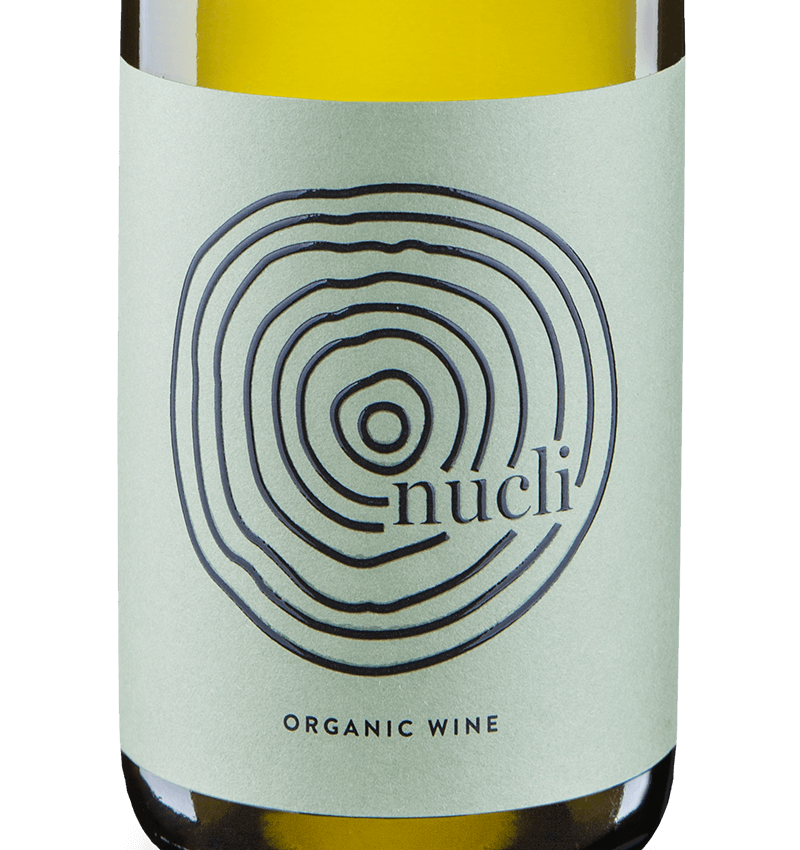